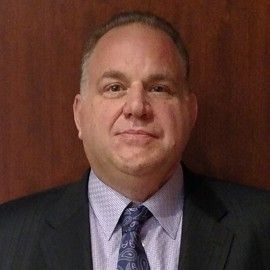 Over the past 20 years, Bob has held senior management positions for companies immersed in the promotional product industry. He was first introduced to the industry when he signed on as COO for a US based bag manufacturing company. Primary responsibilities included daily operations, purchasing and production. As the business grew and changed, Bob recognized the company’s need to produce product offshore in order to increase margins and profitability. To meet the need, he successfully established a cut and sew operation in the Dominican Republic. While in the position, one of the company’s top clients approached Bob to move from the supplier side of the industry to the distributor side. Based on their relationship and Bob’s desire to gain more knowledge about the industry, he decided to make the cross over.
Bob signed on as the COO of operations, production and sourcing. At that time, the company was purchasing items from suppliers (such as his previous company) as well as sourcing items through US agents. The US industry was beginning to buzz with regard to the emerging Chinese market. After much research and deliberation, he began to move the company’s sourcing to China, working through the nuances of the unknown market. Over a period of time, Bob established many relationships in China, started producing direct in China, and managed to eliminate the majority of the US agents utilized by the company. He has invested considerable time into understanding the culture and trends of the complicated Chinese market, and today he is the Senior VP of Sourcing and imports millions of dollars of goods annually from China.